Showing posts from January, 2020
Show All

- January 31, 2020
Once again, I'm faced with the most challenging but most fun part of making a stylized character; handpainting. To my great luck, I also have access to Katia Bourykina's amazing tutorial series on Artstation which is super in-depth and helpful. Though Katya's tutorial describes the greyscale to gradient map workflow, I won't be working with gradient maps this time around - but I still noted some tips that stood out to me:

- Lighting: From top, more visible on outer parts of the model. Bounce in the inner parts.
- Gold to gold bounce: if two gold pieces intersect, make sure to create a flattering bounce in the shadow -> brighter orange? Very soft though.
- Don't forget to clean up your masks!
- If you do gems, don't forget subsurface scattering (find ref for the specific rock you want to emulate).
- Contrast the colour in shadows. If the form base color is orange, consider blue-ish purple-ish shadows. I chose purple because I wanted the shadows to read more cohesively with both Kled (mainly orange coloured) and Skaarl (very blue turqoise) and blue shadows would probably be boring on her but I'm going to add some orange accents and bounces into Skaarl's shadows as well.
- When doing dodge on gold, keep it yellow because white will blow it out. White is good on dodging steel.

Points of feedback to address:
- Add pink/white tones into the beard as seen in the concept, it should have more of a gradient.
- Tone the gold into one hue, more of a rose gold than the green/yellow-ish hue
- Tone down the saturation of the cross, make it look more fabric-ky. It should still be a similar hue to Skaarl's skin, but make sure to remember Skaarl's skin is more specular and fabric will render differently.
- Add more purple tones to the shadows
- With rigging, have a look at Blendshapes in Maya

What I am finding really challenging is that the colours look so different on different screens. I am using a laptop + an older Cintiq at home and a computer + a newer Cintiq in our study labs and every time I open the file, the colors look strikingly different on each screen. I was told the CintiQ screens are not the most accurate which complicates things. I think to tackle this, I will do an overlay of black&white to check values first - after all, with values figured out, I should be able to get away with any colour. I should have probably done that earlier as well but I didn't know how to do it in 3D Coat. Luckily a new video by the master of colour, Marco Bucci, just came out where he described a super simple way of how to do this - can't believe I haven't thought of that :D After I sort the values, I  will probably colour check on one of the better computer screens in the labs.

So far it's going fine, I guess. I'm at the point where I hate everything I make and I feel like a failure. But that's part of the journey, isn't it? Fortunately, League songs are super motivational and when I'm overwhelmed, I can always have a game of TfT and study the models while doing that :D (Btw. I reached Platinum 1! :D Probably won't ever get to Diamond but it's nice to see I'm still able to climb :D If by any unlikely chance any TfT players are reading this, hit me up and let's play a game!)
Post a Comment
Read more

- January 19, 2020
After polishing the low poly, modeling the anchor/harpoon and checking the topo efficiency, I could finally go onto separating things for UVing. These are some of my notes from the process:

KLED
- Kled face: asymmetrical because of the beard
- ears: symmetrical, broken up by the earring (additional geo)
- Face UVs should take up at least 20% of the body’s UVs so that sufficient detail is retained.
- Mirroring the pants, brows, hands, gloves, shoes
- Front jacket unique, back of jacket mirrored

SKAARL
- Includes the main weapon, map, harpoon, saddle
- Eyes separated as face geo has too extreme angles (hard to unwrap)
- Face and body symmetrical, when texturing, need to figure out lighting which will make it look natural and not too similar
- Saddle straps attached to body, angles arent't too harsh

- January 17, 2020
For the first of my Final Major Projects, I am choosing to work on a skin of Kled, The Cantankerous Cavalier. His voice lines and character dynamic with his cowardly steed Skaarl are always such a funny addition to any match I see them in. I was thrilled when I found a great fan concept by Philip Karlov, picturing the crazy yordle as weathered pirate and his mount as the cutest shark dog. I asked Philip for permission to use his concept as reference and I immediately got to work when he agreed, thank you Philip! 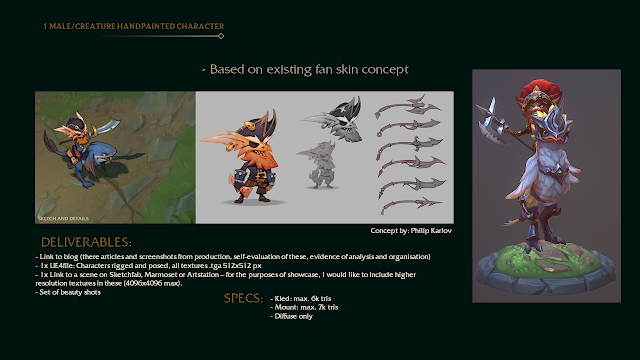 I started by researching current Kled in-game models to see how many meshes I should create and what the topology would look like: 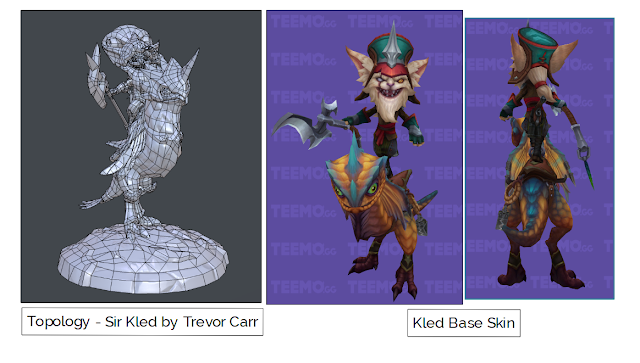 I also had a look at Kled's Champion Spotlight  to better understand his mechanics and animation. I realised I will need 4 meshes:
1x Kled
1x Skaarl
1x Map (can be either held by Kled or attached to Skaarl by rope)
1x Weapon
1x Harpoon/anchor attached to the saddle as well

In the concept, there was no design for the pistol included in his 3D models, and since it would be attached to Kled's back anyway, I decided not to concept it due to time constraints. I have also noticed that some skins show Skaarl with wings, while the base skin shows him with wing-ears, I wanted to double check that there are no hidden wings I am not seeing on the concept so I messaged Philip to confirm and I'm now waiting for a response, though I think it will be just the case of Skaarl being super cute and having floppy ears! :D

The modeling went great, I think I'm really lucky for having a site like Teemo.gg model viewer which allows me to see the models from all angles, with all animations, to get inspired when modeling.

I drew some ortographics for the tail wing so I could polygon model it easier. 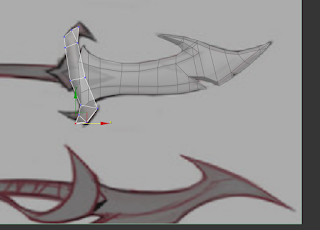 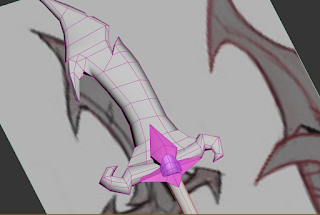 Modeling the sword, Philip's additional weapon concepts were very helpful. (The formatting of Blogspot is giving me headaches and taking so much time to fix, I'll just stop trying to show images next to each other :D) 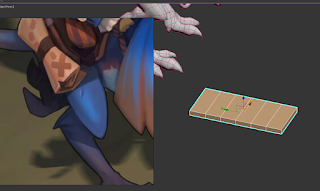 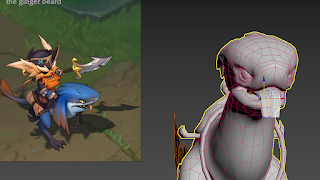 Modeling the map from folded planes and progress on Skaarl. His tongue was quite different to other models and concepts, more dog-like. I extended it out so it's longer. I will probably rig the tongue or re-position it to one side for the final mesh position, as per my tutor's feedback. 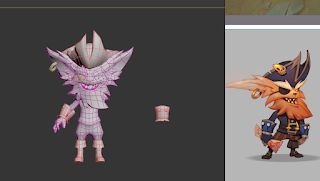 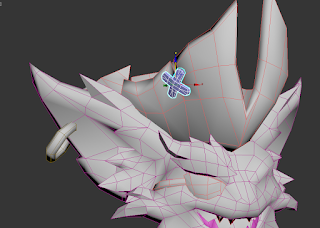 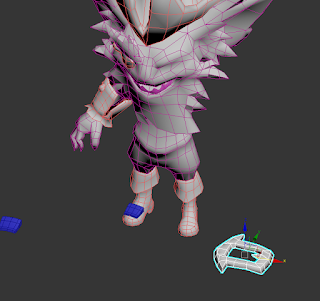 Back to Kled with a much more finished look. Use of instances, FFD modifiers, symmetry, and good old polygon modeling. I also decided the jacket won't be symmetrical in this case as I tried to model its seam over the symmetry but the overlap didn't look great and would be pain to rig. I decided to go with the cross on the hat as opposed to the skull in the other concept because I found that the blue provided a really nice accent when put next to Skaarl. I also added some wear and tear to the hat for the patch to look more in place. For the bottom teeth geo I inspired myself a lot by the Model Viewer Kled models - they showed the gums and teeth as a geo which looked connected. 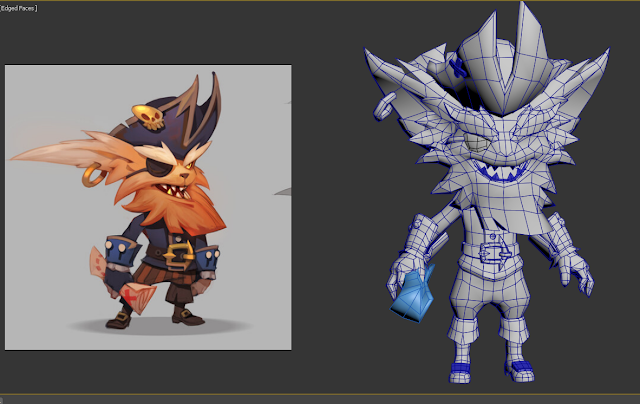 Almost final versions. Things left to do modeling-wise:
- Connect hands to gloves
- Model the harpoon and attach to saddle
-  Separate and delete half of symmetrical geometry
- Go over the topo to see if it's as efficient as it can be
- Enlarge Kled's weapon to get closer to its in-game look, I feel like it looks bigger there

FMP: Week 1 - Intro to my All League FMP


The first week of my Final Major Project was focused mainly on planning and finalising my project proposal. In my FMP, I am choosing to focus on stylized characters in League of Legends style. It will sound cheesy but I can't even begin to explain how much that game means to me. Its magical lore, the love they have for their players, the visual world full of original ideas... I've been playing it for a good portion of my teens, starting in 2012/13. I remember being too afraid to play ranked in the beginning, so I spent almost a whole year training against bots and watching e-sports matches before even playing my first "real" match. Since then, I climbed to Gold 3 in League and more recently, I reached Platinum 3 in the more strategic version of the game, Teamfight Tactics (G2 pls sponsor me, I'm such a big brain obviously, lol).

It was not until I learned about Game Art back in 2017, that I realised I could actually >make< the champions I love to play. Ever since, the thought kind of lingered in the back of my mind until I became more and more obsessed with it. It turned into an ultimate goal, to be able to work to Riot's standard, to be able to create something as beautiful, filled-with-story, captivating as the work produced by their amazing art team and ultimately, to be able to learn from those stunningly hard-working and dedicated artists. With this goal in mind, I decided to go all-in with the following project ideas: 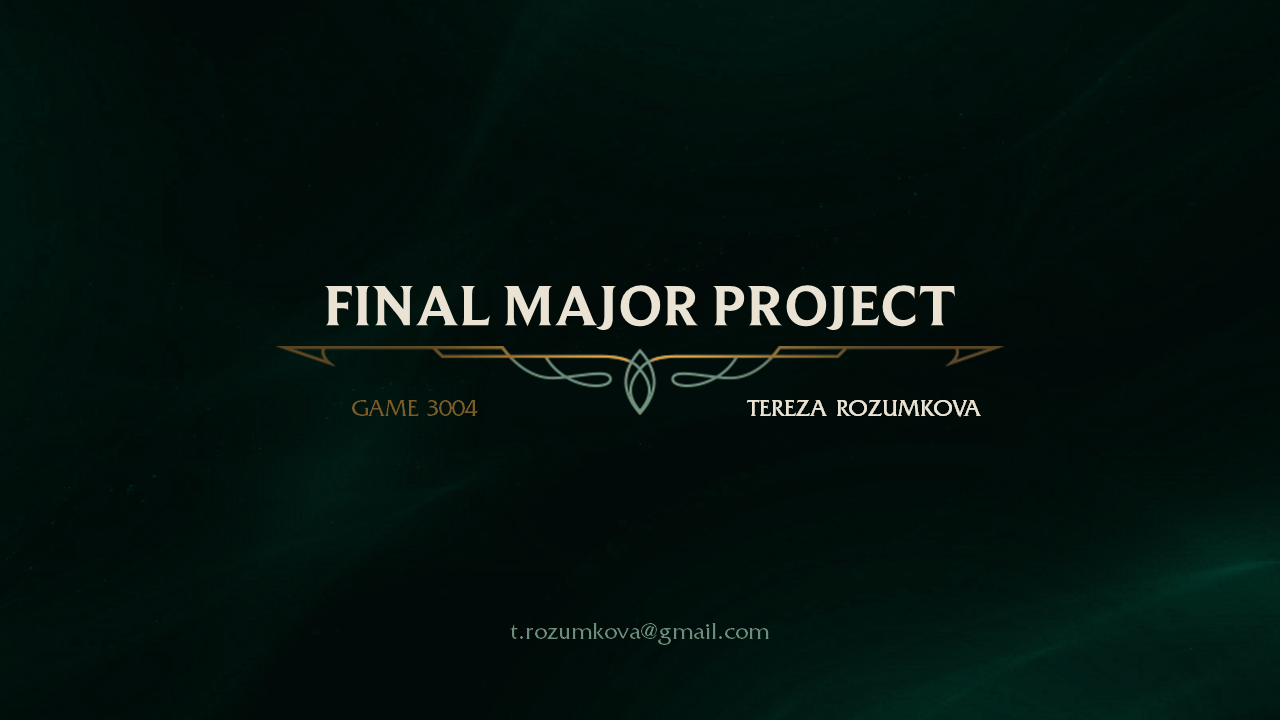 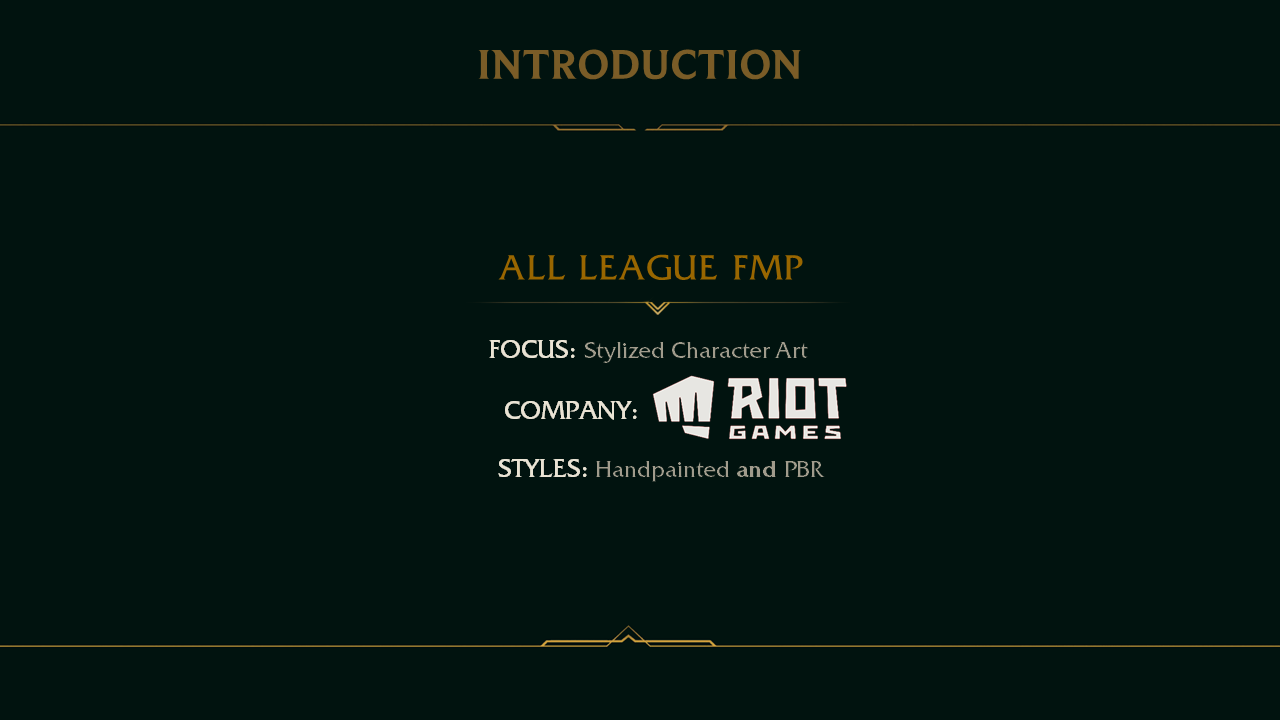 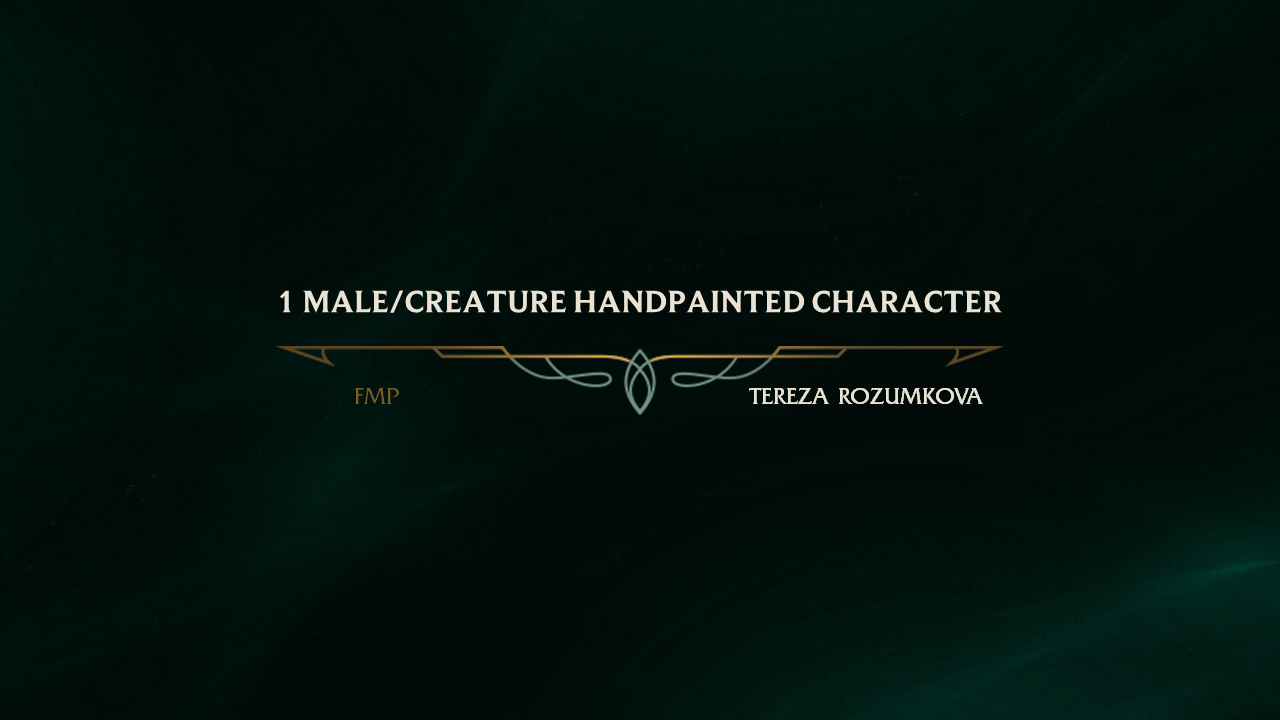 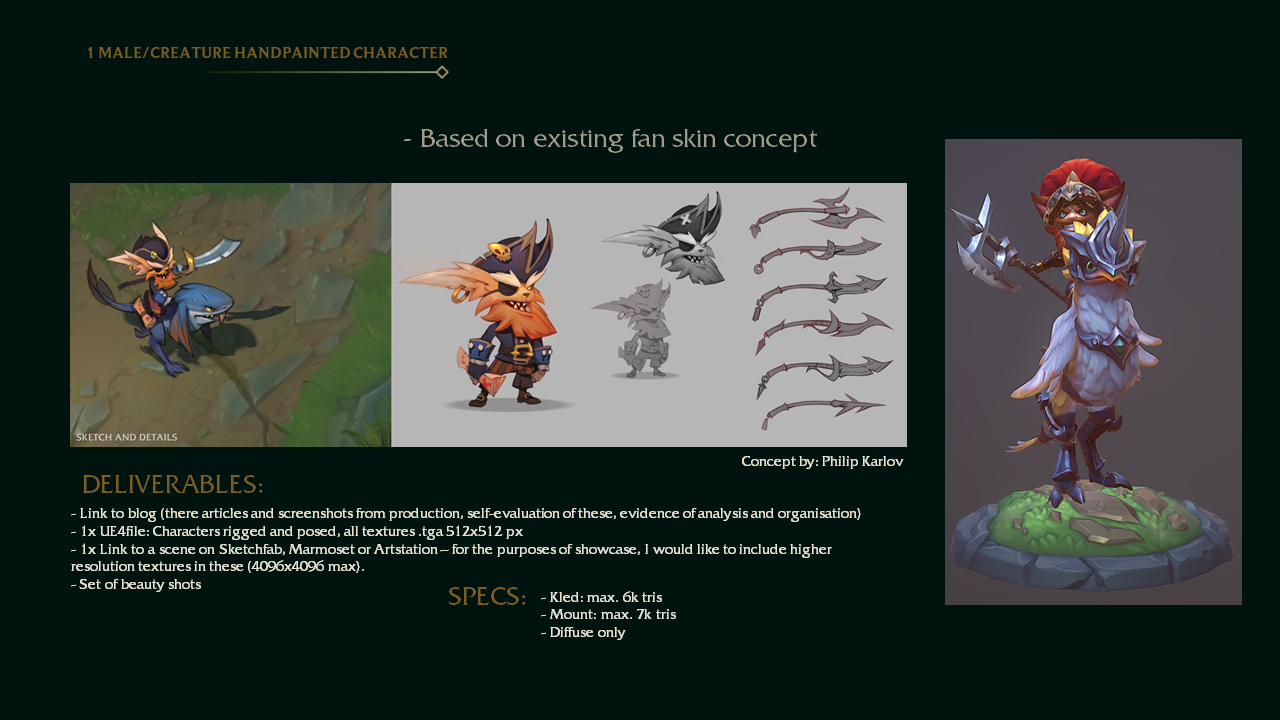 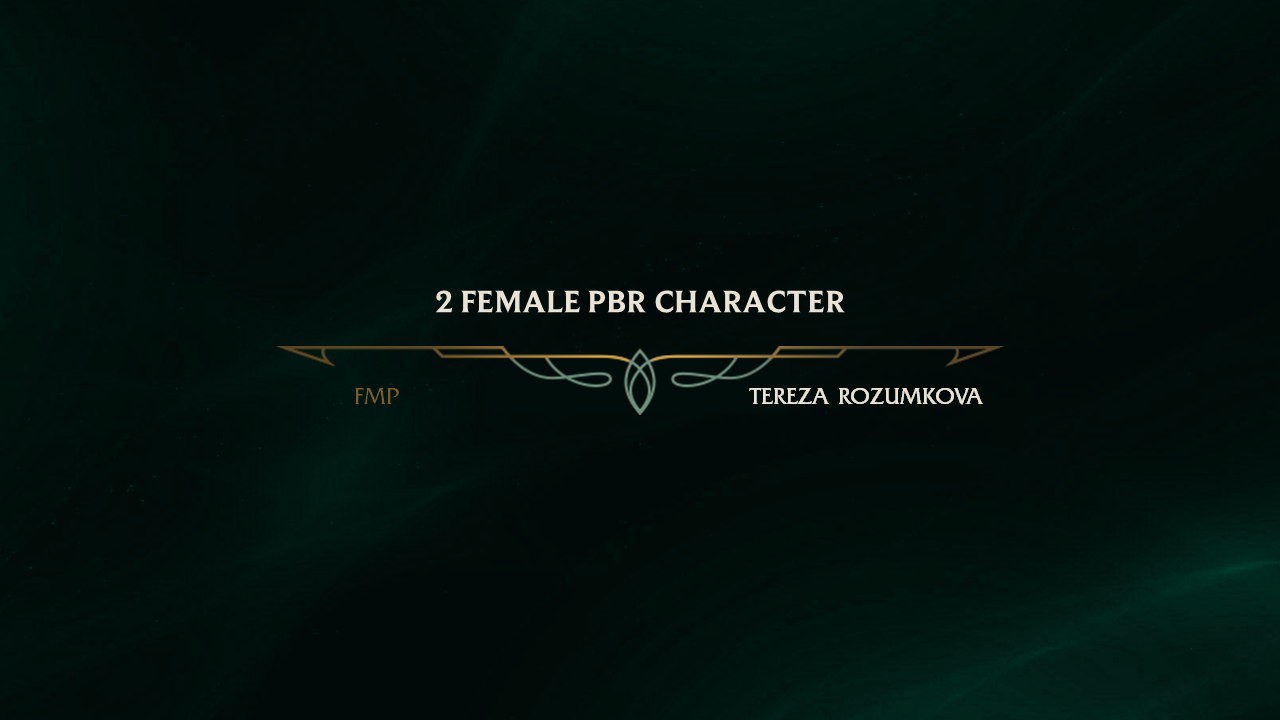 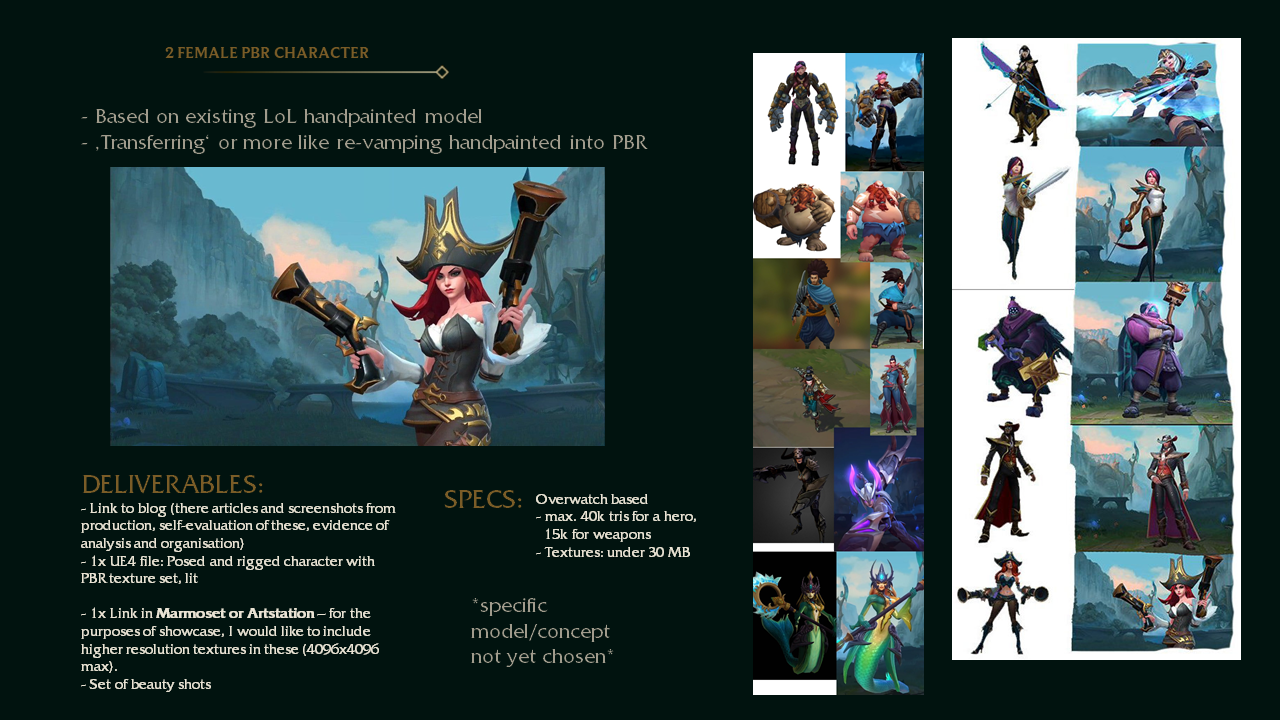 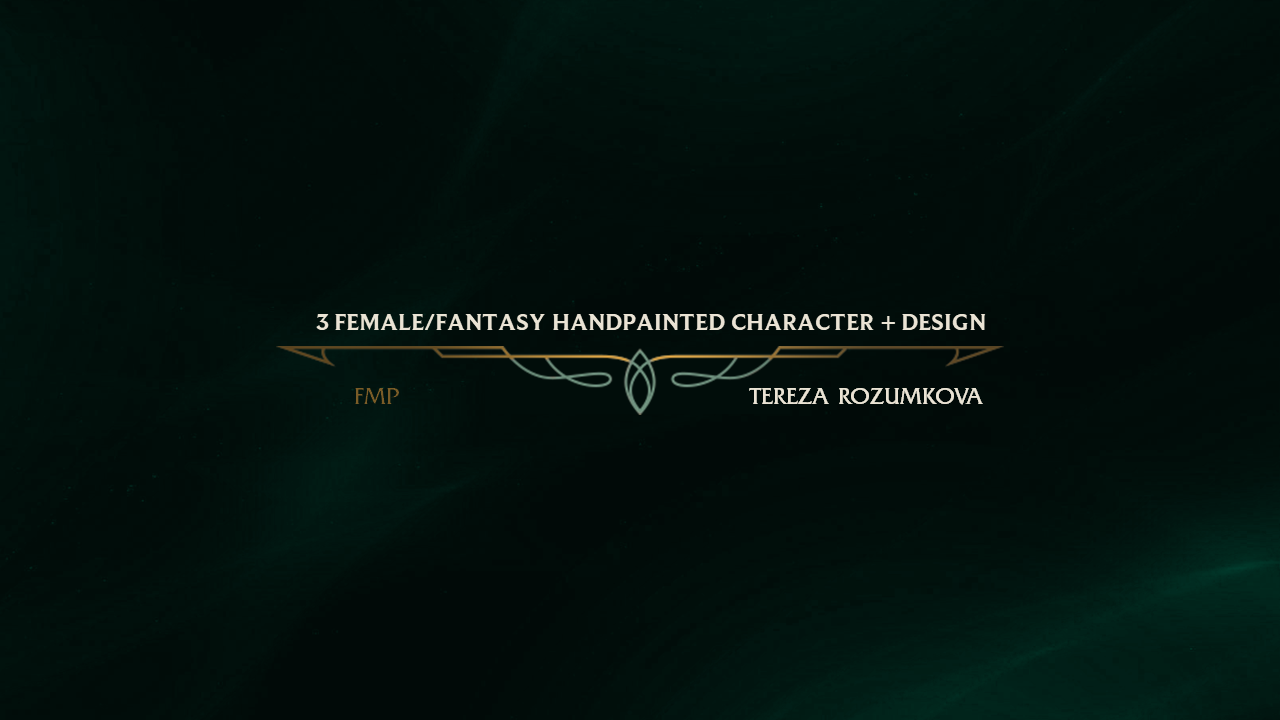 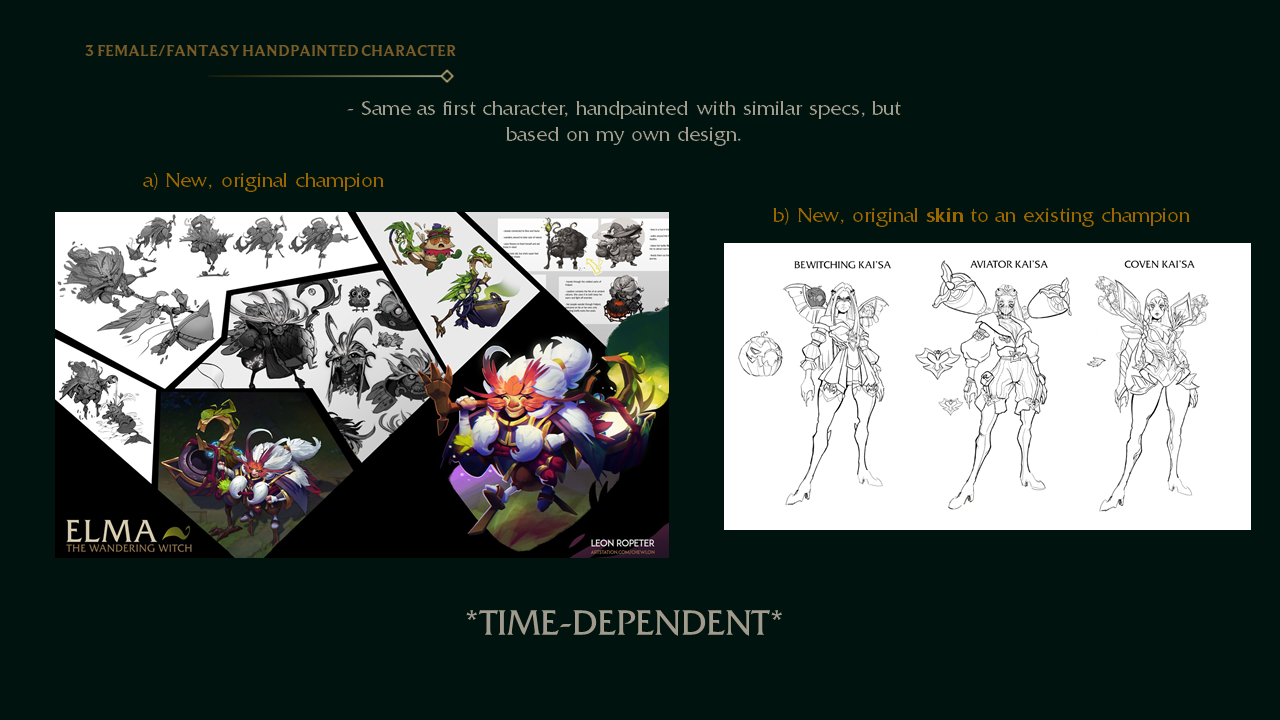 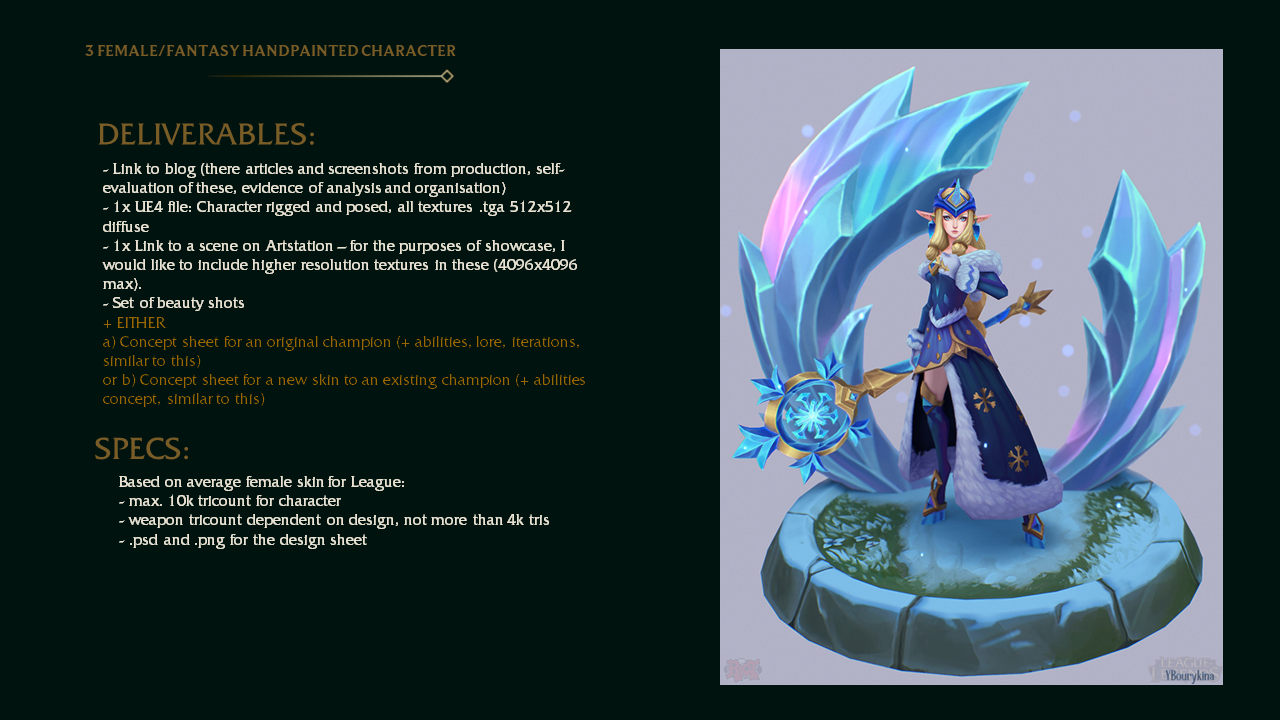 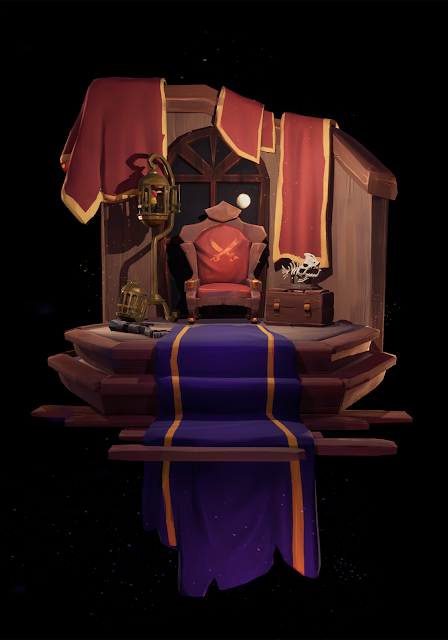 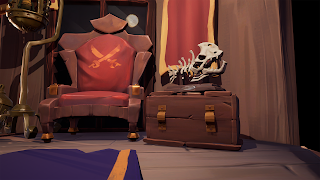 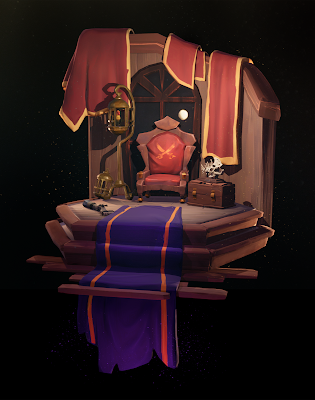 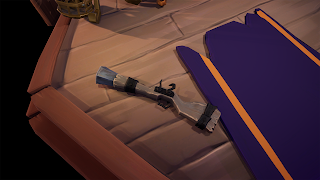 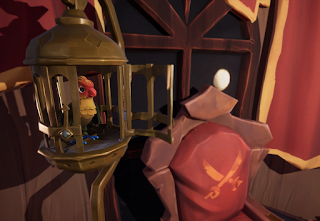 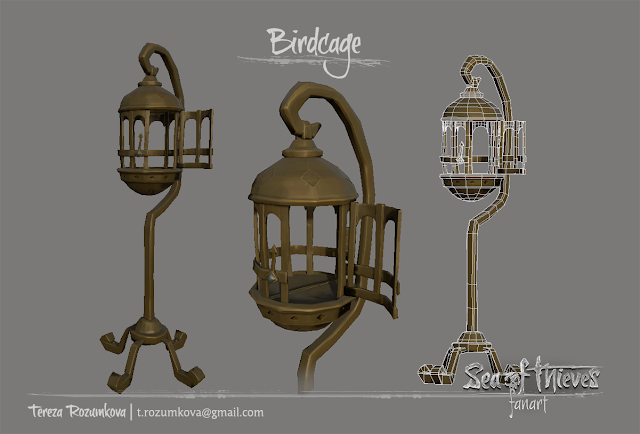 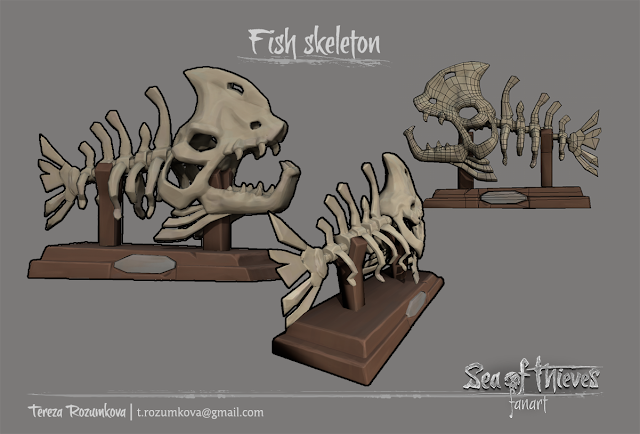 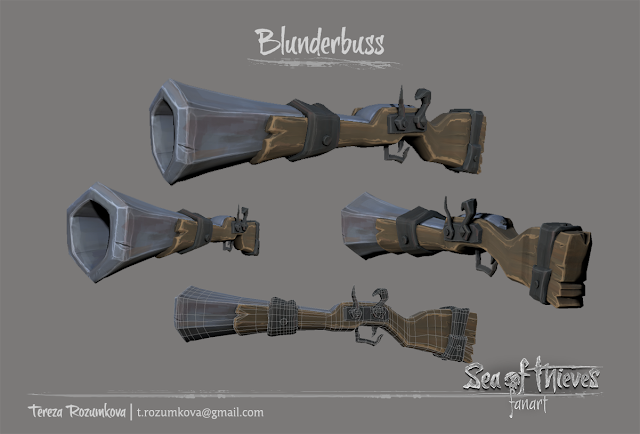 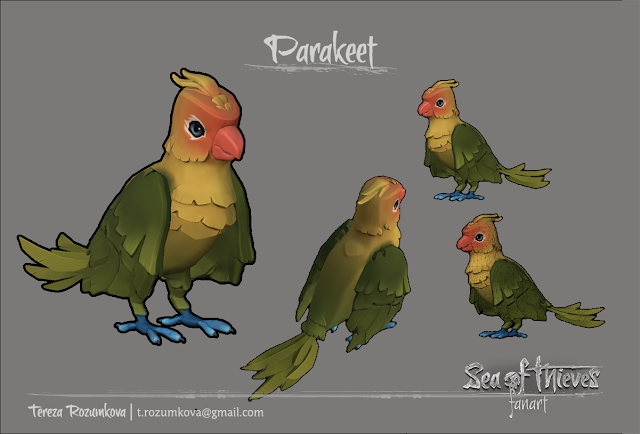 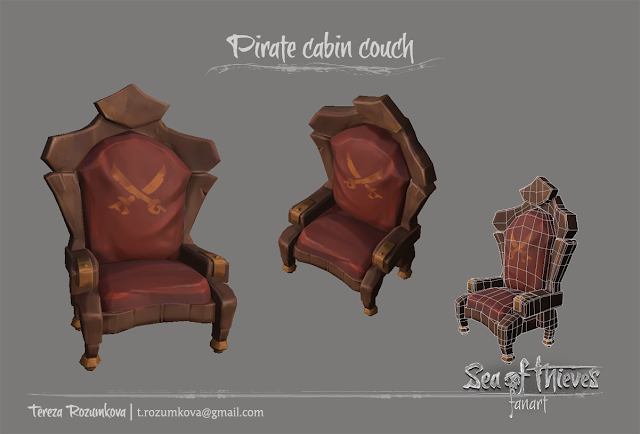