- April 24, 2020
I really enjoyed painting the Kled pedestal I showed in my previous post so I decided to stick with my Kled project for a little longer to take a break from Ashe :) Over the past few days I think I managed to bring it into a presentation-worthy state - this included rigging, posing, adding props and alphas for posing and rendering in Marmoset :) 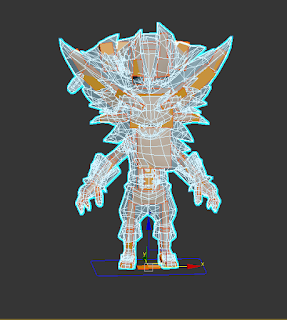 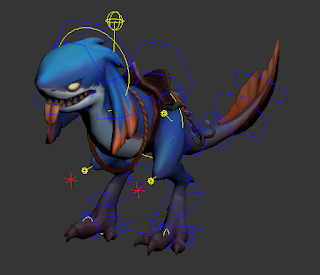 When it came to posing, I felt like something was missing. Even with the pedestal it seemed quite plain. My first idea was to add some sort of a rock to allow for a more heroic pose. Second possibility was some kind of a barrel to be more indicative of the pirate-y vibe of Bilgewater which the skin is supposed to emulate. I also wanted to add drool alphas to give Skaarl a bit of a goofy vibe and add visual interest and flow to the scene: 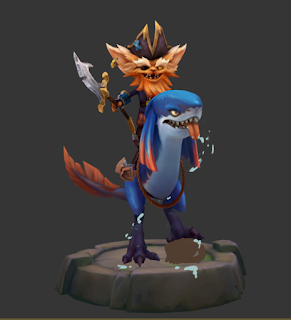 I felt a little lost with the barrel design and Jordan very kindly offered to help me out and concepted these two amazing ideas: 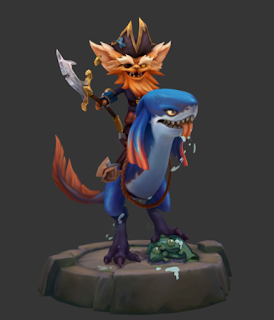 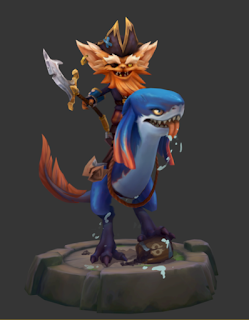 I chose the barrel which I subsequently modeled and unwrapped in 3dsmax, and textured in 3dcoat :) 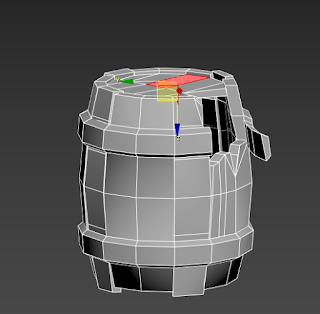 Modeling next to reference.

Texturing in 3dcoat :) I textured the barrel alone first because my scene kept lagging with all the assets in. I then posed Skaarl with a barrel proxy, attached all objects together and brought them in for a final polish and adding shadows. It was a back and forth between 3dsmax, 3dcoat and Photoshop. 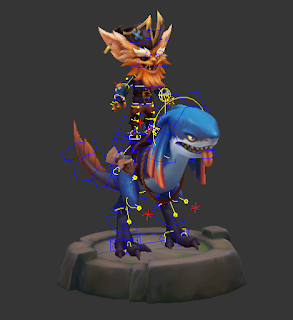 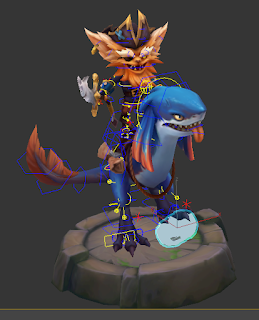 In Photoshop, I created very basic drool alphas. I never painted drool before but it was easier than I expected :) I added the alpha channel using a mask in Photoshop. 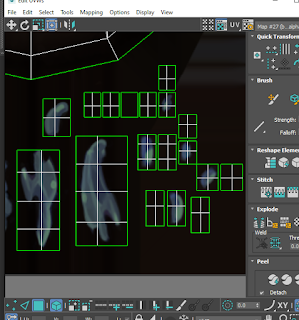 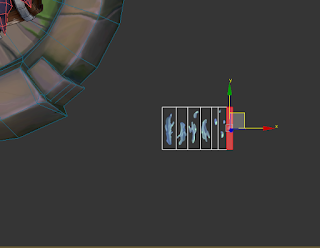 I added the shadows and adjusted the pose according to Jordan's feedback. I imported the alphas into 3dcoat but I found out 3dcoat does not seem to display them correctly: 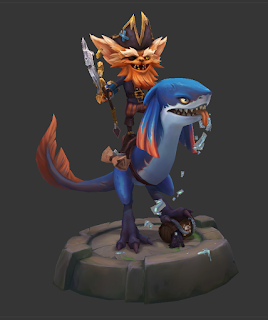 I followed this tutorial https://www.youtube.com/watch?v=q_e_YZfTJko to solve this issue :) 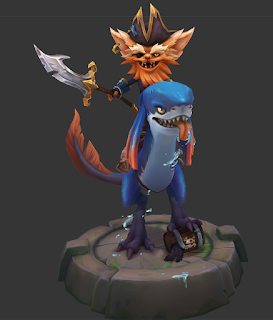 In 3dcoat, I used the Freeze and Hide tools a lot to only apply brushstrokes (e.g. for the shadows and occlusion) to one object. 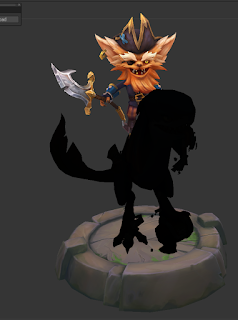 At this point, I got one last great point of feedback from Jordan, and that was to gradually decrease the lightness of the drool as it falls down. I was thinking I should do this too but I have previously duplicated the alphas to save texture space. After a quick review I realised I still have plenty of texture space left so I made the drool textures unique and re-packed the UVs for the barrel, so I could easily make them darker as they fall. I also added some alpha padding which I forgot to add before :) 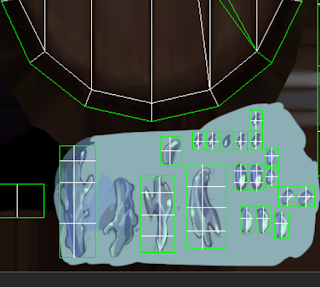 I did a final pass on the pedestal textures, applying a black and white overlay to check the values and darkening/lightening with greys/whites on a light opacity Overlay mode. I added some Color dodge accents and imported the model into Marmoset. As the model is handpainted, with diffuse only, I used an Unlit material which will show the texture best. Then I took the renders you see at the top of the article with some nice post-processing effects.

I'm leaving Kled sit now for a few days to escape the tunnel vision and really ensure I'm okay with posting him and Skaarl as they are :) Right now I'm loving how they turned out and I'm so grateful to everyone who gave me feedback and helped me get them to this state, because I sure wouldn't have been able to do it without them. In the meantime, I'm going back to Ashe!
3D FMP Handpainted League Week 12